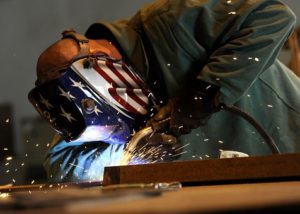 Electrifying Haiti will create sustainable jobs both in the US and Haiti.  As China is trying to gain influence in the infrastructure building of Haiti, it would be in the best interest of the United States to shore up support to American companies that can better meet the needs of the Haitian people.  With the Haitian Diaspora sending over more twice the 2018 fiscal budget Haiti’s central government, US capital will indirectly finance these China projects. That will be a very unfair burden to the  Haitian Diaspora and lost opportunity for the United States as a whole.

The primary reason why Haitians are leaving Haiti is to seek better opportunities. In plain and simple word; “JOBS”.  The “AID” assistance model does not work and has miserably failed the Haitian population and the US taxpayers.  Haiti needs a better deal that can only be achieved through a new paradigm shift of sound economic development program. Group Citadelle (GC) has embraced her mission to do just that while stimulating the economy in both countries.  Such capitalistic venture is to be encouraged since its multiplying effects will bring closer the two countries in their economic interdependency.