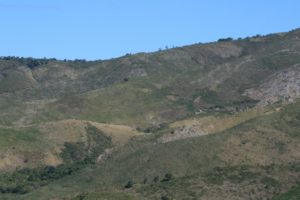 For the last quarter century Haiti has experienced practically all the known natural disasters. Post the January 2010 earthquake, where more than two hundred thousand people lost their lives, Haiti has lived through severe drought, flooding and more recently the devastated aftermath of a Category 4 hurricane, Matthew, in 2016. Despite all of these unfortunate events, one cannot point identify a comprehensive environmental protection policy when the magnitude of loss suffered in these occasions are, in part, the direct consequences of man-made disastrous behavior.

Haiti is currently 98% forest depleted.  This phenomenon can be easily explained tree cutting for primarily energy purpose.  Because wood base charcoal is what the Haitian market has traditionally relied on for cooking purposes and since there is not a system in place to replace the destroyed tress, the country is depleted up to her mountains.  Similarly, there is also a huge demand of wood for house furniture and coffins during the current exponential population explosion.  The situation is so dire that trees are now being cut down indiscriminately, including mango and avocado tree, to meet these excessive demands.

The deforestation has a direct and negative impact on the environment including and not limited to soil degradation, erosion and flooding.  As a result the country is 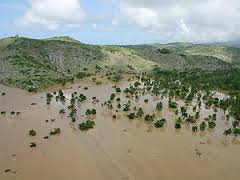 constantly under attack from flooding caused by the least amount of rain. Such events make the people poorer because farmers take on total loss of their crops and also they often lose their housing and livestock.   This in turn threatens the food security of the country which does not produce enough in the first place for its market.  Food price surges always follow these unfortunate occurrences causing general hardships and famine.  If these damages used to be recorded before just in the rural area where there is large stream of rivers, the urban areas are now being assaulted for many similar reasons including  over population and poor urbanism development.

The alternative charcoal briquettes will curve down the tree cutting culture while Group Citadelle  (GC) will also focus in an aggressive reforestation program.

The alternative charcoal briquettes will curve down the tree cutting culture while GC will also focus in an aggressive reforestation program.